DEMCON - This is demolition, concrete cutting, grinding and recycling

Due to the Covid-19 pandemic, the organisers of Demcon have regretably decided to postpone the 2020 show with a new date being set of the 30 September to 1 October, 2021.

For a long time hopes were rising that the Scandinavian demolition exhibition Demcon would still be held in Stockholm as planned on the 24 to 25 September. But the development of the coronavirus situation has not improved as much as the organisers where hoping for. As preparation work for the show is quite time consuming both for the organisers and the exhibitors, the resulting time frame became too short to make the staging of the show a realistic proposition.

Another difficulty encountered is that currently restrictions in Sweden only allow a maximum of 50 people to gather in any social event. It is not seen as likely that these restrictions will be lifted to allow groups of between 1000 and 2000 people, and not until September this year at the earliest. “It is very sad that we now how to postpone Demcon, but what can we do? It was also planned that IACDS would hold its annual meeting and 25th anniversary in conjunction with Demcon. The Swedish demolition and concrete cutting association would also hold their autumn meeting. That will not happen either,” says Jan Hermansson, one of the organisers of the show.

Demcon transforms in to a virtual roadtrip

As an alternative to Demcon 2020, the organisers will arrange an online based presentation of new products that would have been launched at the show this year. The digital show is called, ‘Demcon – Virtual Roadtrip 2020’ with the idea being to bring a film team to each exhibitor that wants to attend.

“We will bring a complete film crew and set up a studio. Each exhibitor will get a special video presentation. There will be a specific host for each session. The manufacturers and suppliers will be able to present and demonstrate their products. All video films will be broadcast in September and October this year. In direct conjunction to the video presention, each viewer will be able to ask question to the suppliers online through ‘Google Meet’,” says Jan Hermansson.

The agenda with online product presentations will be announced in PDi Magazine and on www.pdworld.com. 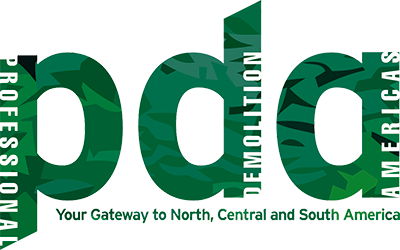 Notice: This website use cookies for one or more functions. By continuing using this site, you agree to this. Read more